Deploying database changes manually can be a huge pain. There’s a plethora of missteps you can make (many of which are time-consuming to repair) and it’s hard to keep track of everything that needs to go live. What if there were a way to package up all the changes into one script, automatically?

With the newest preview release of VersionSQL, you can now generate deployment scripts directly from within SQL Server Management Studio. This means that you can pick your revision from version control and VersionSQL will create the script necessary to push those schema changes to another database. No more worrying about executing things out of order – let VersionSQL handle the prep work for you!

To use the new deployment script feature, simply right-click on your database in SSMS’ Object Explorer and select “Deploy Changes” from the VersionSQL menu. A window will pop up with source and destination options. Select what you want to deploy and where, then hit “OK.” After a minute, VersionSQL will open your very own deployment script in a new query window, ready for your review. 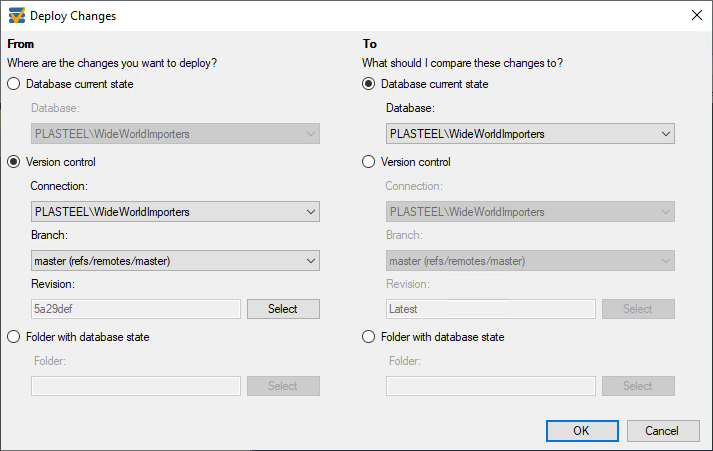 Where What do you want to go deploy today?

If you’re not using VersionSQL to track and deploy database changes, you’re missing out!  Click here to download the latest preview release.

Was this article helpful to you? Yes No

How can we help?

Thank you for downloading VersionSQL!

Your download will start in 5 seconds...
If it does not start automatically, click here
Next, run VersionSQL_Setup.msi to install.

Getting Started Guide
Just the download, please
Thank you!
Next, run VersionSQL_Setup.msi to install.